Skates Beneath My Brain

SKATES BENEATH MY BRAIN

It took a shitty breakup with a woman (let’s call her Miss Soap) to make me realize that I have skates beneath my brain. But what does that even mean? I’ll get to that later.

Have you ever seen a Youtube Video where a man in a sharp suit talks about – spending so many years not believing in himself & then making a million bucks? You’ll hear many motivational speakers speak about such
things.

Self-belief. Transformation. Disruption. Taking back the power. These all sound so fancy.

But the horror of betrayal that I felt in that moment – felt anything but fancy. I now had a unique sob story that would take me 2 years to fully retire. Little did I know that one of my life’s most humiliating ordeals would change me for the better in so many ways. Feeling motivated yet? I certainly didn’t. To be honest, playing the victim suited me just fine back then. I didn’t have to do much. I simply had to play Coldplay’s greatest hits & stare into the night sky like a werewolf trying to spot a neon parachute.

Self-emancipation. See?
I just tried to throw in a fancy word but let’s just get real for a moment here.

Suddenly, I had a new problem. A surplus of time. I could now afford to do many things that I’d never quite imagined myself doing. My google search history ranged from me looking into Dumpling recipes to finding out
the life span of Ostriches.

I needed a break. I needed it to be soon. After checking around, I got sick of waiting around for friend’s schedules to clear up so I’d have some company on this much needed holiday. The one trip I took to Hong-Kong with two well-meaning but constantly bickering South Indian boys a few years ago had thematically felt like a dental examination in the middle of a crowded football stadium. I had no company.

I was living in Singapore at the time. I had just turned 27. My research revealed that I had grossly under-estimated my access to some really breathtaking countries despite the fact that they were a cheap 2-hour
flight away from me. Back then I spent a sizeable chunk of my money was spent on buying spoons, video games & bacon. I’d also keep visiting India (my home country) to see about Miss Soap – who broke up with my
over an email after being in a serious relationship with me for 4 years.

The funny part is that I was flying somewhere over the Indian Ocean stuffing my mouth with dinner roll when it happened. When I landed in Mumbai, the harsh reality of the email that would change my life awaited me. I froze. I didn’t understand what was happening.

When I later found out that Miss Soap had cheated on me with some guy, the drama compounded. ‘Nothing would ever be the same’ – I surmised at the time. I needed a hobby. It needed to feel fresh. I started following travel bloggers. I’d envy the abandon with which they’d share their many adventurous stories. Everything I read would seem too good to be true. I wanted stories too. Where was I to find them? How does one tell a story about microwaving 7 strips of bacon evening after evening? I needed an adventure.

As the days went on, I decided to stop being whiney & mopey about my breakup. I realized that many people who’d heard the story had no time to nod their heads woefully at me. I decided to test myself. Was I afraid? Of course, I was. I imagined planning a solo trip would be miserable & a
social stamp of the fact that perhaps I had no friends. The thought would make me sweat.

Then came the day when I finally did it. What started in Cambodia extended to several other countries. I’d go there. Sample the local beers. Eat the local food. Wonder why every hostel I stayed at had more Australians &
Koreans than I’d ever seen anywhere before.

I’d sleep underneath trees. The mosquitoes would make a meal out of me. I’d do it anyway. I’d go to public parks & write my thoughts down in my Moleskine journal. It felt surreal.

I’m trying hard to think of alternative & less clichéd ways to talk about how I had to get lost to find myself. Any suggestions?

All these stories & more shall be shared out here as I hope to inspire you to check out the world. After all,
the world’s constantly checking us out. Follow me on a mad & glad journey. Don’t stop. Don’t overanalyze.
Do you have skates beneath your brain too?
Welcome to my – Travel Blog 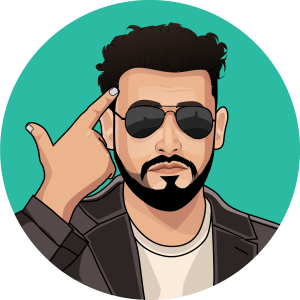 I’m a teacher but also a student of life. The mind is like a locked-box. Let’s try out a couple of keys & unlock a few things as we collaboratively figure out everything that you’re struggling to figure out.